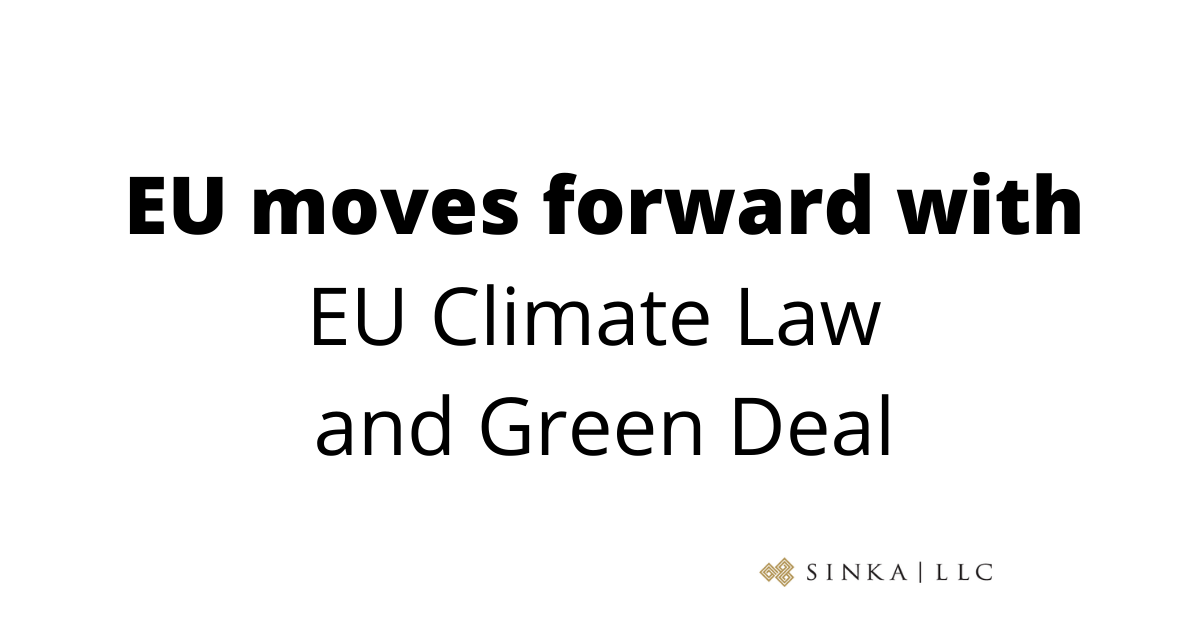 On Thursday, 10th September 2020, the European Parliament’s Environment Committee voted in favour of significantly increasing the bloc’s 2030 climate target – EU Climate Law – an integral part of the EU Green Deal, for Europe’s economy and society to become climate-neutral by 2050 (https://www.reuters.com/article/climate-change-eu-law/update-2-eu-parliaments-environment-committee-backs-60-emissions-cut-by-2030-idUSL8N2G74SX).

Specifically, the Committee approved a resolution calling for the European Union’s emissions reduction target for 2030 to be increased by a third, from 40% to 60%, against 1990 levels (https://www.forbes.com/sites/davekeating/2020/09/10/eu-set-to-raise-2030-climate-target/).

The relevant vote affirmed the committee’s position on the EU climate law, a landmark bill to make the bloc’s climate goals legally-binding. It should be noted that on 4th March 2020, the European Commission adopted a legislative proposal for a European climate law, setting the objective for the EU to become climate-neutral by 2050 and establishing a framework for achieving that objective (https://www.europarl.europa.eu/thinktank/en/document.html?reference=EPRS_BRI(2020)649385).

The above-mentioned committee was scheduled to formally approve its position with another vote on Friday, 11thSeptember 2020. In turn, full Parliament will vote on the law in early October 2020 (https://www.reuters.com/article/climate-change-eu-law/update-2-eu-parliaments-environment-committee-backs-60-emissions-cut-by-2030-idUSL8N2G74SX).

It is important to note that the climate law must also be approved by national governments, who disagree on how ambitious the EU’s new 2030 emissions-cutting target should be.

The above is reflected by the fact that a 55% emissions reduction goal has support from some 12 countries, but some eastern states have refused to commit to any new target before seeing an assessment of the economic costs.

Also, Thursday’s vote comes ahead of EU Commission President Ursula von der Leyen’s ‘State of the European Union’ speech next week, on 16th September, at which she is expected to unveil the EU executive’s own proposal to raise the target to 55%(https://www.forbes.com/sites/davekeating/2020/09/10/eu-set-to-raise-2030-climate-target/).

It is expected that the full parliament will back the committee’s call for 60%, which will add tension and conflict between the European Commission executive, whose role is to propse EU laws, and the European Parliament, which can amend the said proposed laws before giving its approval.

As such, both the European Parliament and the European Commission will be facing off against the EU Council, the upper house of the EU’s legislature, consisting of governments of each of the 27 member states.

Moreover, climate campaigners argue that 65% reduction target is needed to meet the EU’s target of reducing emissions to net zero by 2050.